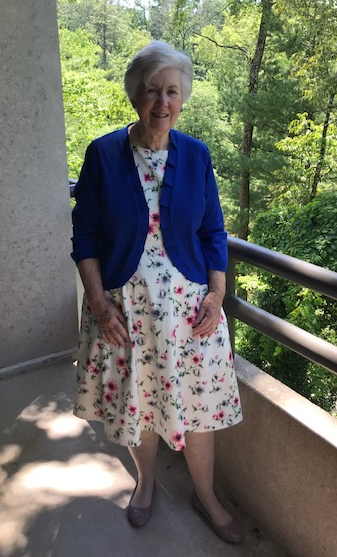 Grace Institute is excited to announce a five-year grant from David and Lorraine Hendricks to support computer and remote technology needs of our participants so they can take part in our virtual programming. This grant is particularly meaningful to us; not only will it support the multiple cohorts of Grace graduates, but it comes from a Grace Institute 1959 alumna. The Hendrickses made their gift in honor of Lorraine and to celebrate their wedding anniversary!

Lorraine was born in the Bronx and raised in a family of seven in Queens Village, Long Island. Her parents were immigrants from Northern Ireland. “Although I attended a fine academic high school that prepared me to go to college, higher education was not a priority for the “girls” in my family and in many families of that generation,” Lorraine said. “So, I found myself plunged into a world of work in Manhattan for which I had almost no practical tools whatsoever.”  Her first job was low-paying and involved doing menial tasks, such as going through hundreds of magazine subscriber files to find those who had expired subscriptions.

One of her colleagues, a Grace Institute alumna, told her about the training Grace offered women to become successful in the business world. Lorraine applied and enrolled in Grace Institute in 1958. She learned stenography, typing, bookkeeping, business English, math, professional correspondence, and much more—“all the tools I needed for success, including self-confidence,” she said. “Grace Institute became a vital part of any success, professional or personal, that I have enjoyed across my long life,” she said. The program was every day from 9:00 am to 3:00 pm, and after class she worked her part-time job. When she finished work at 9:00 pm, she began a long commute home by bus and subway. 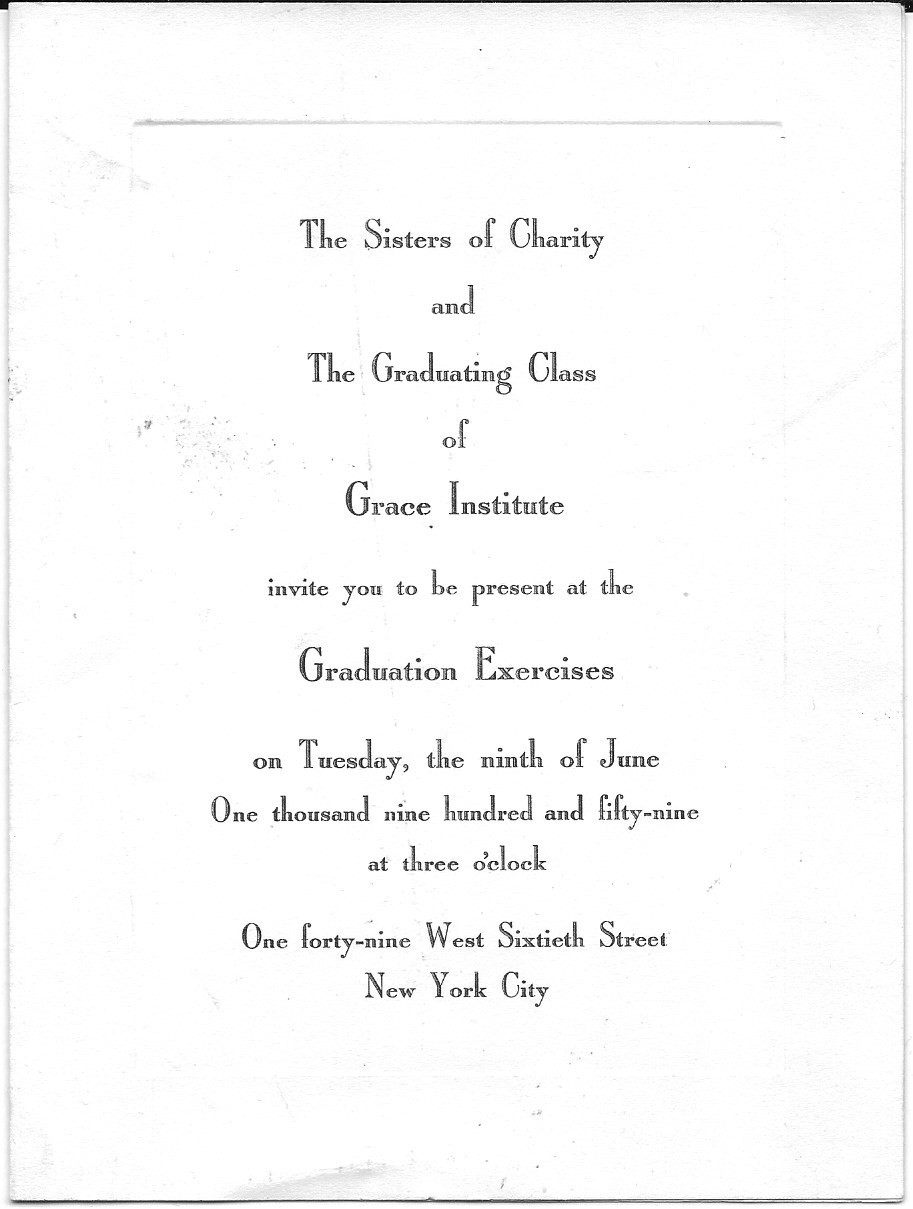 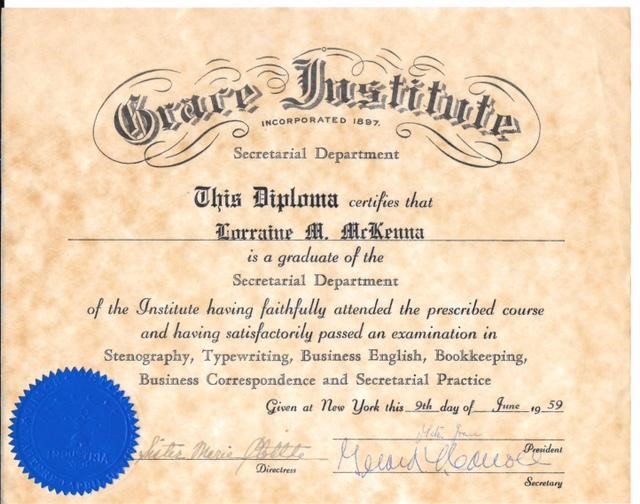 After graduating from Grace Institute in 1959, Lorraine got a job as a secretary at Bigelow-Sanford Carpet Company. During one of her lunch breaks, she was walking down Madison Avenue and noticed the Aer Lingus office building. She remembered, “I thought naively, I am Irish, why don’t I go in and work here. I went in and asked for a job, and impressed (and amused) by my audacity, they gave me one, and that was the start to a long career in the travel industry.” At Aer Lingus, Lorraine started as a secretary to the account revenue manager. The company was expanding, and she went on to work in different departments. She continued to move up in her role.

Lorraine transferred to Washington D.C. and became a ticket agent, which had been her dream when she started at Aer Lingus. She remembered delighting in and being proud of her green uniform complete with scarf and shamrock. After she became a ticket agent, she realized she could do much more and eventually became one of the first female sales representatives in the company’s history. She worked at Aer Lingus for 23 years.

“My career had a couple hiatuses as I followed my now ex-husband around the world in his career in the Coast Guard,” Lorraine said. “But no matter where I landed, the skills I had been taught at Grace Institute and had honed at Aer Lingus allowed me to find meaningful jobs from St. Louis to Guam. In Guam, I worked for Air Micronesia. Among other things, I made flight announcements in phonetic Japanese with my New Yorker accent, much to the amusement of all who listened.”

Lorraine went on to work for Holland America Cruise Lines for 23 years as a regional sales manager, then business development manager, and was frequently its leading national salesperson of the year. “I attribute a lot of my accomplishments to Grace Institute,” she said. “You have those initial skills, and you build on them.” She retired from Holland American Cruise Lines in 2006.

“Grace Institute gave me the opportunity to learn the skills that led to a wonderful professional career, and I am forever grateful for that,” Lorraine said. “Achieving those skills gave me the confidence to walk in the door at Aer Lingus and begin my working life, a by-product of which is that I have been able to see the world (more than fifty countries including Russia and China at a time when few Americans could visit) – and not least, I found my loving husband, David, on a flight to NYC on the Eastern Shuttle now almost 40 years ago.”

Today, Lorraine and David are supporters of Grace Institute. “We are so happy with the way Grace Institute has adapted to the times, while its goal seems to remain the same: helping strong, brave women acquire the skills and confidence to help themselves to a better life – just as it did for me,” Lorraine said.

We are so thankful to Lorraine for sharing her story with us and to the Hendrickses for being staunch supporters of Grace Institute! 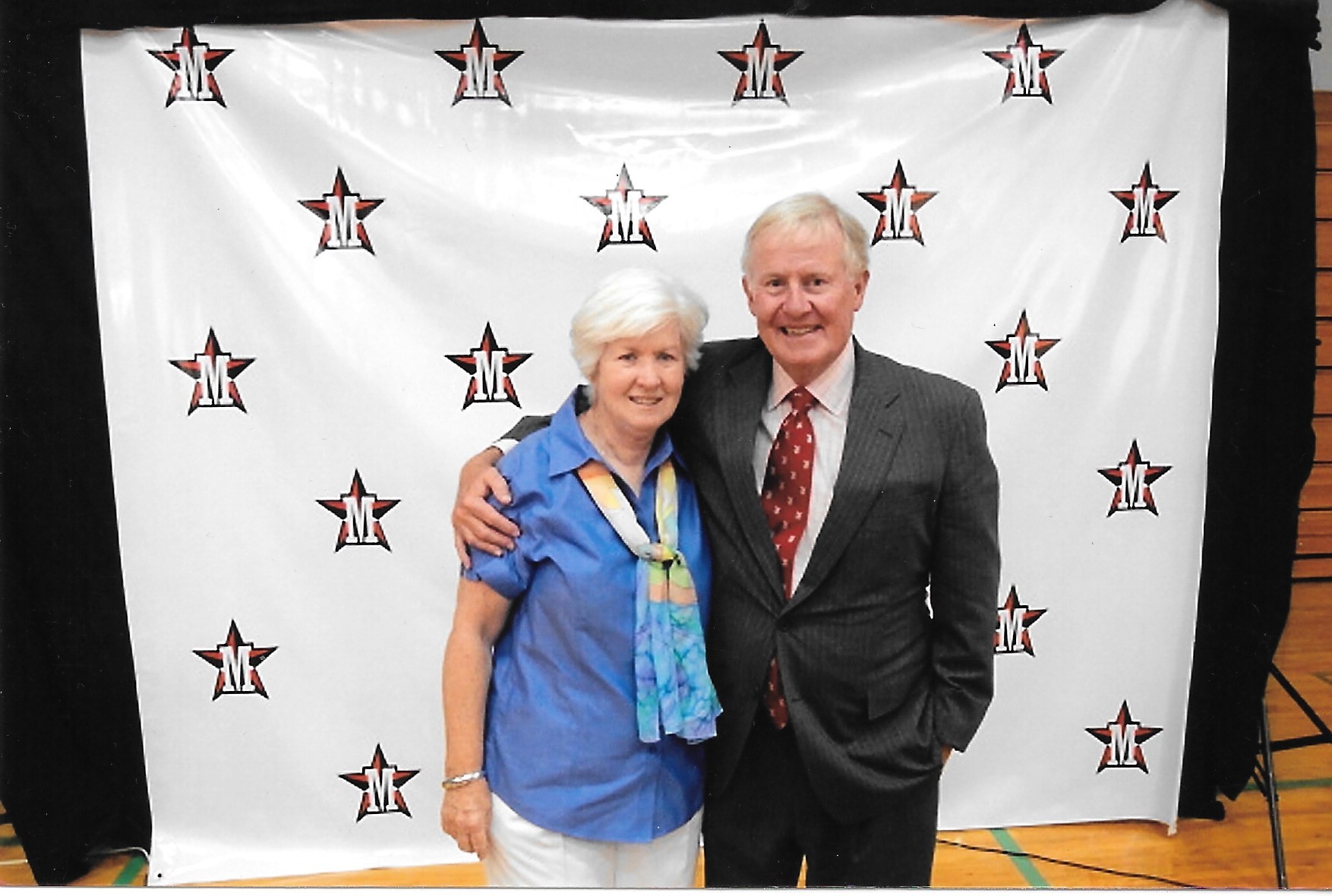 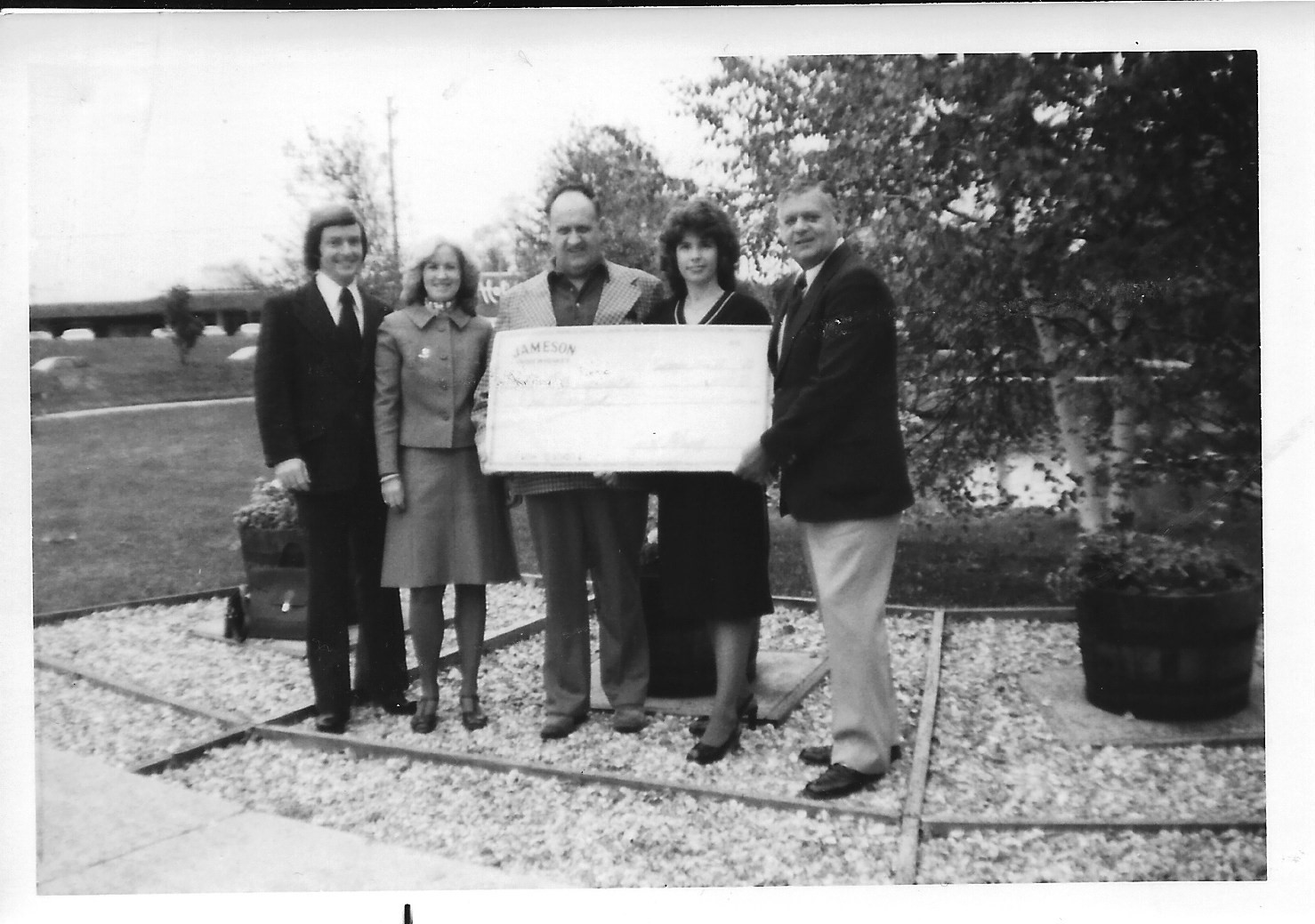 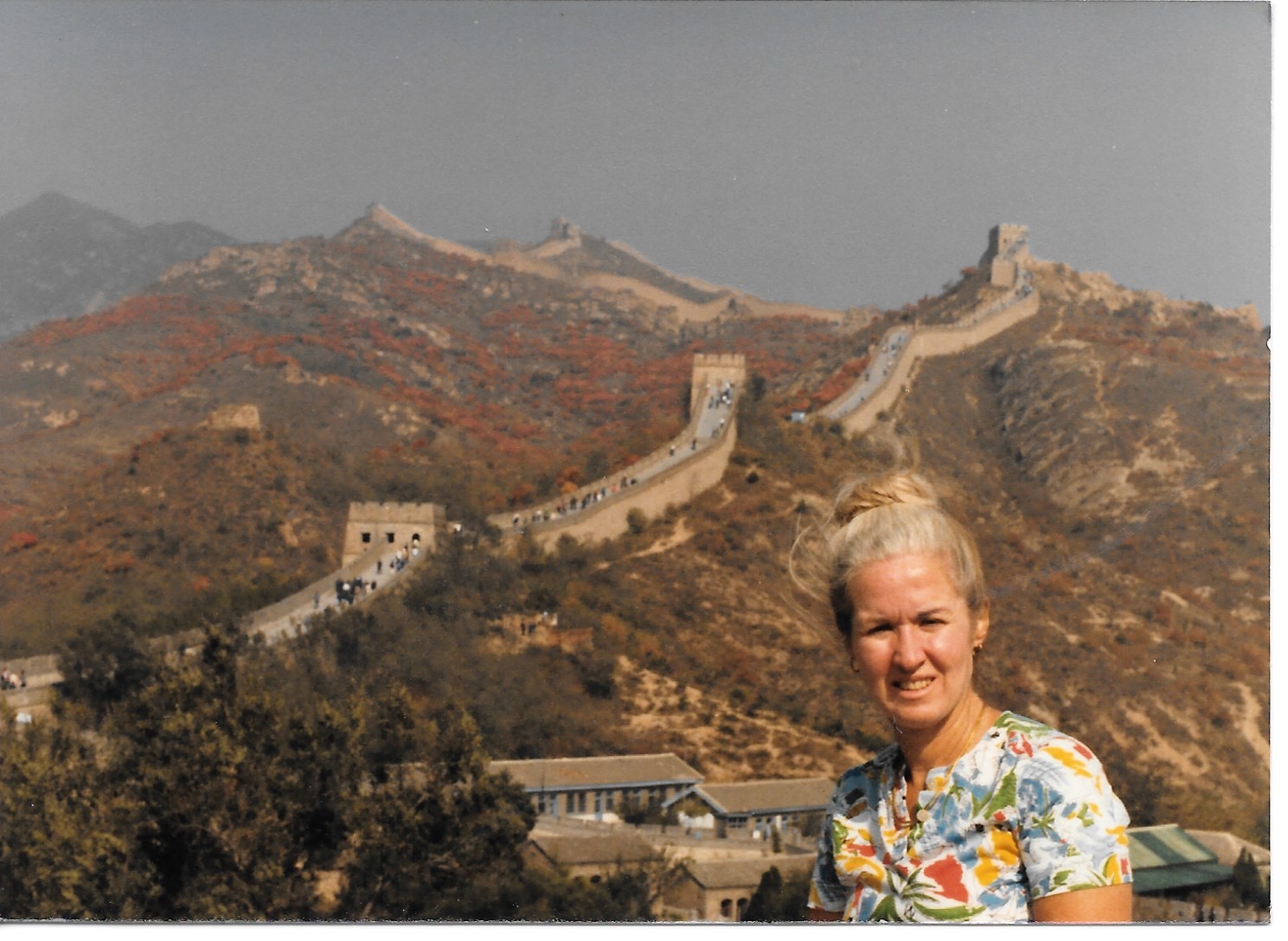 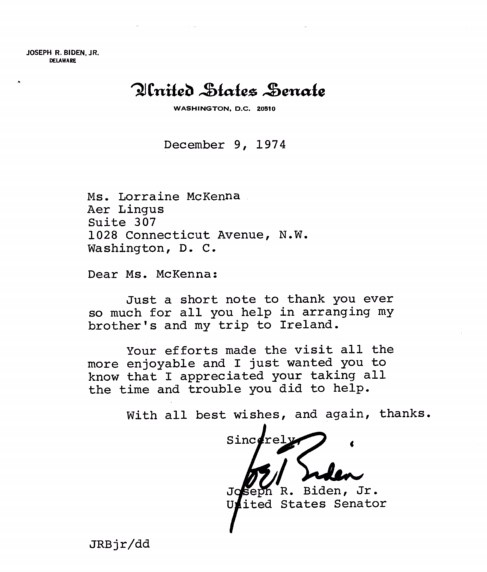 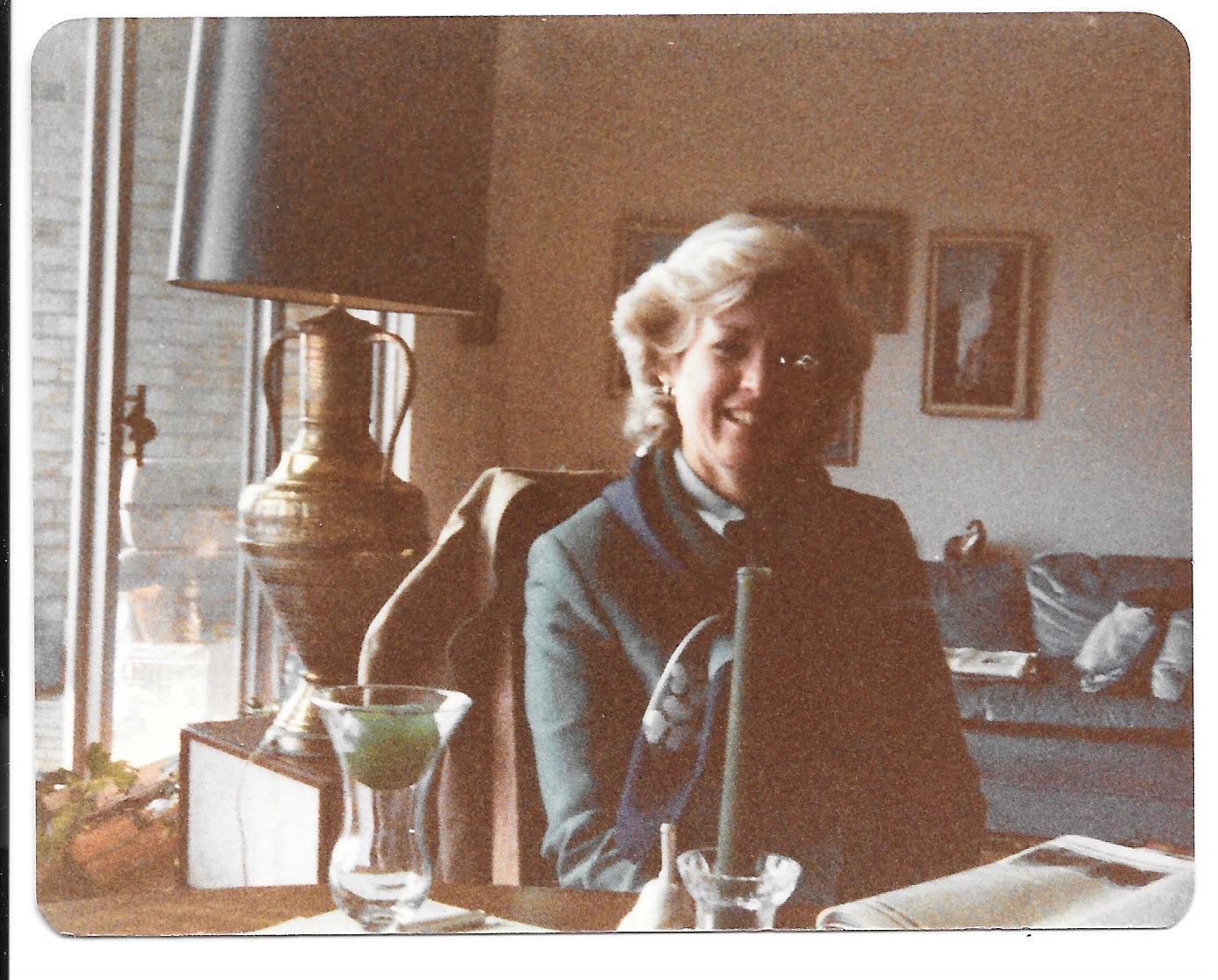 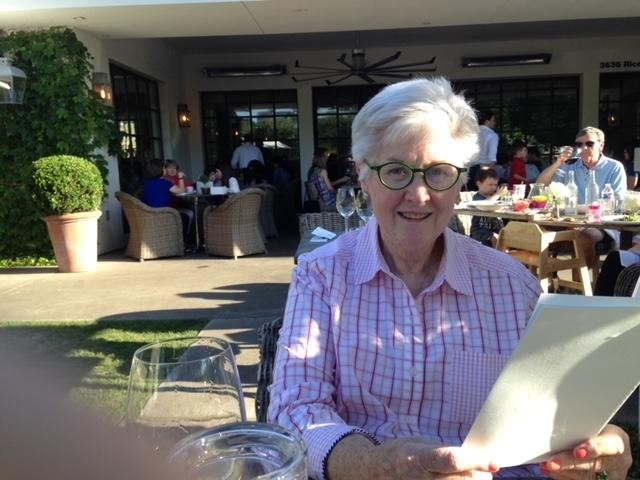